Even though we’re on our way into Christmas there have still been some things and stuff happening in the world of Glossopdale. .

To be honest, there hasn’t been a lot of racing, but there has been some fun route finding, some parkrunning and some other stuff which is on strava, which you can have a look at if you want.

Perhaps the most impressive/dangerous thing done this week was by Ian Crutchley on the other side of the world….. thanks for sending in the report Ian….

“I hope you have a jacket in that bag mate?”.  “I’ll be right enough in this vest I reckon”.  I was instantly having concerns about my typically minimal choice of attire, and although I had some odd pieces of kit on the bag, I knew I’d have to keep moving.  On the Summer Solstice I went to do the Tongariro Alpine Crossing, a 13 mile linear route across the most volcanic part of New Zealand’s North Island. After dumping my car at the end and getting on the shuttle bus, I arrived at Mangatepopo Hut, and after some faffing, set off at the back of a chain of what seemed like hundreds of people.  And what people, walking 3 abreast and many flat refusing to shift.  After a few miles and a couple of thousand feet climbing, I was getting quite grumpy when I reached the South Crater, but took solace in the fact I was now going “off piste” to the South, and climbing Mount Ngauruhoe (Mount Doom), not something attempted by the masses.  As it turned out, this was a formidable undertaking with a 1500ft climb up 60 degree slopes of scree and boulders.  Ropes would have been more useful than my fell shoes.  I took note of the sign at the bottom, suggesting to take care of falling rocks, and halfway up I realised this was not a pointless warning  I heard falling rocks above and looked up to see several, one the size of a football, hurtling toward me.  I got out of the way sharpish and it missed me by about 6 feet.  It would have definitely ended my day, at best.  Doom indeed.

Being more attentive I continued to slog to the summit, which was shrouded in clag.  The going was incredibly tough owing to the 18 inch step up, followed by the 9 inch slip back down.  I got to the snow line and up to the top, just over 7500 feet, but wasn’t greeted with any view unfortunately.  I was definitely a bit shaken, and concerned about the coming descent, so took a quick selfie at the cairn and retreated.  I was now getting cold, and almost got the jacket out, but persisted, and continued in my GDH vest.  The drop was as precarious as I expected, the first few hundred feet being quite honestly, dangerous.  Soon enough I chanced upon a fine scree line that clearly others had taken.  This was basically a controlled slide, but was mercilessly free of boulders.  Soon enough the angle relented, and I was back on the Crossing path proper.  I don’t think I’ve ever been more relieved to hit a path again.  The climb had taken a lot out of me, but I slogged on across the South Crater and up the steep climb to Red Crater.  Here I was lucky enough to get some brilliant views down to Emerald Lakes, and realised I was surrounded by volcanic activity, steam and sulphuric gases spewing from seemingly everywhere.  After crossing the Central Crater, the long descent followed to the car at Ketetahi.  It took me around 5 hours 30 in total, which is not bad being as the average time to hike across is 8 hours, without including any suicidal side excursions.  An amazing day out, on many levels, but take heed, I would neither recommend, or repeat the climb up Mount Doom! 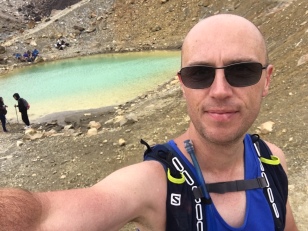 So the only other thing of note was parkrun- and considering the Crutchleys were across the globe, I’d have to say that the furthest flung parkrunners from our lot this week were 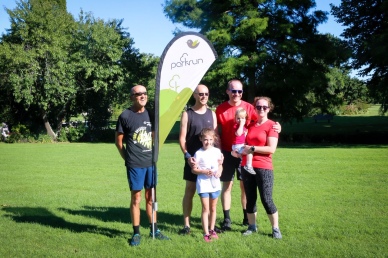 Ian and Melissa Crutchley who blasted their way around Napier Parkrun in NZ. Closer to home, Sean Phillips, Joe Travis, Lance Hamilton-Griffiths and Emma Peters decided that they didn’t want to hang around and wait for the rain, making it around Glossop Parkrun in PRs. Proof that it isn’t just the conditions that make you fast/slow. As ever – the consolidated results are here….

This week just gone was Jeroens Annual reindeer challenge, which, as always, went down well. Not to be outdone, the XC training involved a chocolate based challenge as well – I hope the chocolates were distinguishable from the mud – from what I hear it was very successful as well. On Friday the hills were host to the Solstice run. A few of us made our way up onto Glossop Low to celebrate the coming of the sun – and then made our way back to the pub, to continue our celebrations there. We could just about see the Full Moon, but the meteor shower was very covered over by cloud. 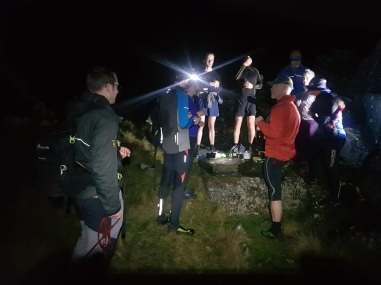 I guess everyone is pretty much ready for Christmas and is busily filling their diaries with ambitious plans for next year. Can’t wait to hear all about them.